Encryption: How to protect our data “in transit” Companies make many efforts to protect the integrity of their information in their dependencies or data centers against attacks such as malware, spoofing, phishing, distributed attacks, etc., Still they are unprotected against attacks that target data in transit or “in-flight”.

An effective security strategy must contemplate the protection of data in the transmission medium. Achieving this security level requires the technology, processes and experience for obtaining efficient encryption solutions in high capacity end-to-end communication services, complementing in this way the security of data at “rest”. On the other hand, these encryption solutions must meet the standards that each industry requires.  The Financial and Health sectors are the strictest in terms of requirements due to the sensitivity of the information they handle. These solutions are known as Optical Level Encryption (Layer 1 Encryption) or Ethernet Encryption (Layer 2 Encryption).

Below you will find a description of these types of encryption and the comparative advantages offered by their technologies.

Types of Encryption for Data in Transit

Depending on the application and use cases, companies can choose different types of encryption ranging from the physical layer to higher layers of application, according to the Open Systems Interconnection Model, better known as the “OSI model”:

Different encryption mechanisms offer advantages and disadvantages depending on the use case. If we are in a scenario where the transmission of high volumes of information is necessary for applications subject to strict regulations then the advantages of optical encryption can be summarized in three main aspects:

In the same way as Optical encryption, Ethernet encryption adapts very well to scenarios where it is necessary to transmit information in high capacities with very strict security regulations. The use of the MACsec protocol for encryption in this layer has the following advantages:

In the following table we can see how the different variables of cost and quality of service result according to the layer in which the encryption is carried out:

What is the type of encryption that suits me best?

What is the network layer in which we must handle the security of data in transit? Some argue that the application layer is the most appropriate because it is where sensitive data resides. Others argue that security must begin at the physical layer or more basic levels of connection, protecting even the protocol information involved in the movement of data. Depending on the security and environmental requirements, both are correct.

At Flō Networks we specialize in finding the most suitable encryption solution for your company, supported by a track record and experience developed over more than 20 years providing solutions and services using all the encryption mechanisms mentioned above. We have an unparalleled optical infrastructure (OTN) in the region that allows the deployment of encrypted solutions in different service layers, also we have the technological alliances, processes and resources trained to operate encryption services that comply with the standards imposed by Federal Information Processing Standards (FIPS – Level 2).

More from our blog 3 Advantages of Protecting your Network with a Firewall Business travel: 5 aspects to consider in the network connection before choosing a hotel From space in your hard drive to security: 5 benefits of taking your business to the cloud. 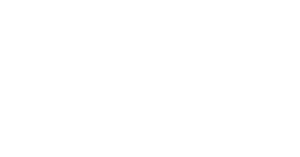